Walmart vs. Amazon – Healthcare Wars – What You Should Know

A War is Coming!

A few weeks ago, I posted a blog about Amazon, Berkshire and JP Morgan announcing their new venture into the health insurance space.  My first question in the blog was, “Has major healthcare disruption just been launched?”  Based on the news yesterday that Walmart is in talks to buy Humana, the answer is a resounding “Hello Sam Walton’s red truck, Yes!”

Fear is a great motivator, and Amazon’s announcement to enter the healthcare space surely prompted Walmart, their biggest competitor, to action sooner rather than later.

Also, remember that healthcare represents 18% of our nation’s GDP, and prescription drugs (through retail pharmacies and inpatient facility settings) is expected to approach 50% of healthcare spending within the next decade.

Humana owns Humana Pharmacy Solutions, which processes more than 240 million prescriptions per year. Walmart had to strike fast because of an ever-dwindling number of prospective partners in the Pharmacy Benefit Management (PBM) space. You see, CVS/Caremark is buying Aetna and has already announced a strategic alliance with BlueCross/Anthem; Cigna just bought Express Scripts Inc.; and Optum is already owned by UHC. In short, the BUCAs already have a date to the margin dance.

Walmart’s mission is: “We save people money so they can live better.”  In that context, any of us who understand how the fox guards the henhouse in the world of PBM’s will know Walmart would not want to be on the outside looking in relative to that profit-robust industry.

Turn now to the front-line of retail distribution, and it is interesting to recall how the acquisition of Whole Foods by Amazon relates to the Amazon vs. Walmart Healthcare War:

One may look at this analogy and wonder how Amazon, Humana, and “PBM” are an accurate comparative. Amazon hired Mark Lyons from a Blue Cross operation recently, and his task is to build an internal Pharmacy Benefit Manager for its own employees (and presumably those of JP Morgan and Berkshire). In any event, I believe Amazon will buy a top-10 PBM over the coming two years to ensure adequate purchasing power.

Why does Humana make sense for Walmart?

In addition to Humana already owning an internal pharmacy, Walmart/Humana will appear to have the upper hand over Amazon/Whole Foods purely from a speed-to-market standpoint.  Humana is a going concern, and their existing infrastructure is a positive differentiator in the comparison.

Further, Humana is the significant player in the Medicare market.  The baby-boomers, with their growing population (“pig through the population python”), is a segment Walmart will nurture in the Medicare supplemental insurance space.

Why does this matter?  At the face of it, Walmart’s target market leans toward the Senior market (e.g., Medicare market), while Amazon’s image leans toward the GenY/Millennial market. Knowing drug spend is highest amongst seniors, I give the edge for the next decade or so to Walmart/Humana.  However, Amazon may be able to play the game cheaper, and price may win. (That would be a novel concept in healthcare, but that’s a subject for another blog).

Who knows?  Each competitor is walking confidently in the direction of their competitor. “Welcome to Walmart” shoppers are seeing a new focus on e-commerce out of Arkansas, while the “e-Prime Amazon Clickers” are seeing brick and mortar strategies through Amazon’s partnership with JP Morgan and Whole Foods.

Enjoy watching these emerging Healthcare Wars.  It will be intriguing to watch who wins the various battles. At this stage, there is no prediction we can make on who will win the war. Hopefully, it’s employers, families, retirees and taxpayers!

P.S. Click <here> to send me money for my prescription drugs. 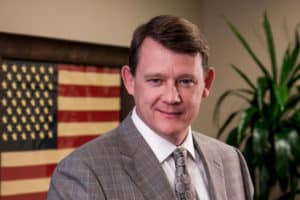