January is the greatest month of the year! That may be an uncommon opinion, but I’m ready to make my case on why January deserves the crown. It may seem like a silly argument to have, but I don’t ever shy away from a good back and forth (just ask my wife).  Don’t agree?  Add a comment below on what you think and why.

No, January does not carry the madness we see in March, nor does it have April showers leading to May flowers.  It isn’t the warmest month – in fact, it’s no surprise that (according to the internet) it is the coldest in Georgia.  What I’d like to lean into today, though, is quite the opposite of being cold.

Yes, I was born in January, but I don’t care much for birthdays. (Well, maybe I do, on my birthday my favorite thing to do is go skiing.  In fact, I’m writing this on a plane to Utah. Skiing is one of my happy places. Happy places are important to visit, for all you hard-working folks out there.  But I digress…)

Martin Luther King Jr. was born on January 15th.  I’m certain lots of other famous people were born this month as well.  MLK Day is a great reminder of the social changes that have been made and, frankly, those that have yet to fully take hold.  However, my suggesting January is the greatest of the months has nothing to do with the racism of the past or present.  It is really about how Dr. King accomplished what he did and how that parallels to so many other people’s January.

When Dr. King gave one of the most famous speeches of all time, did he go to his constituents sharing his plan?  Did he exclaim that his processes or his suggestions would help them get to a new era?  Of course not – he had a DREAM!  The dream he shared was not just for himself, but for everyone.  It was something everyone could participate in.  He was a peddler of hope!

So, I say to all those now getting on a Peloton or starting a new diet: chase that dream.  It’s January, so it’s time to try it all again.  Sure the gyms are full, which can be annoying for some.  Instead, think about abundance. Be happy for those trying to use January as a fresh start to change their own lives.  Maybe you could participate in their dream by saying something nice or being cordial to them.

January means dreams, hope, and the opposite of a Grinch-like cold heart: a warm and inviting heart cheering others on.  Here’s to all those new beginnings started on January 1st. Keep it up and know that at least a few people are cheering for you!

So, who wants to go to battle over the greatest month?  Can you beat dreams and hope?  I bet someone can! 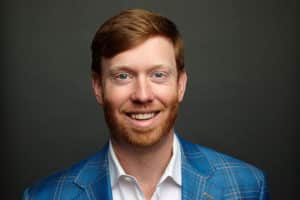